Evaluate the Applicability of Theory and Concepts in Qualitative Research

Evaluate the applicability of theory and concepts in qualitative research - In the natural sciences, certain patterns of relationships occur with such regularity that they are deemed laws: occurrences of universal certainty. No such laws are found in the social sciences. This does not, however, mean that social life operates in a totally chaotic or completely irrational manner. Rather, social life operates within fairly regular patterns, and when carefully examined, these patterns make considerable sense. Unlike laws, patterns are tendencies, representing typical and expected forms of action around which innumerable individual variations may be found. As well, patterns of expected action often include smaller patterns of reaction against the expected actions. It is as though for every large group of balls that fall down, a few fall up or to the side. Gravity defines the general pattern, while other actions unrelated to gravity form a smaller pattern within the whole 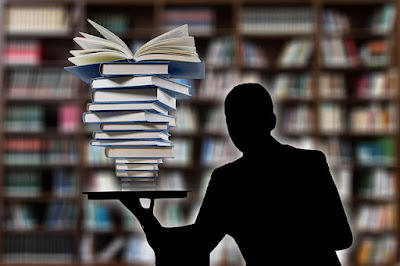 One purpose of social scientific research is to find the meaning underlying these various patterns. This is accomplished by creating, examining, testing, and refining theory. What then is theory? Theory is the meaning that we assign to things that we observe in order to make sense of them. Theory can be defined as a general and more or less comprehensive set of statements or propositions that describe different aspects of some phenomenon (Hagan, 2006; Silverman, 2006). In an applied context, theories can be understood as interrelated ideas about various patterns, concepts, processes, relationships, or events. In a formal sense, social scientists usually define theory as a system of logical statements or propositions that explain the relationship between two or more objects, concepts, phenomena, or characteristics of humans—what are sometimes called variables (Babbie, 2007; Denzin, 1978; Polit, Beck, & Hungler, 2003). Theory might also represent attempts to develop coherent narratives about reality or ways to classify and organize events, describe events, or even predict future events (Hagan, 2006). Theories are explanations. The theory of gravity explains why things fall, as well as predicting and explaining orbits and the physical stability of the universe. Theories of inequality contribute to our explanations for all kinds of economic behavior, from consumption to crime to wedding receptions. In time, we may find newer and more informative ways to explain the things we experience as gravity, or the ways in which we respond to inequality. These new approaches may take on different names, but that will not mean that the original theories were wrong, only that explanations can be improved with more data.

Theories have general applicability. I would not, for example, theorize that the shelf above my bathroom sink will collapse if I put more stuff on it. I would theorize that certain construction materials have limited weight capacity, which can be exceeded. I might theorize that when there are more objects to be shelved than there are shelves to hold them, people will frequently choose the short-term convenience of placing too many things on one shelf over the long-term benefit of building or finding new places to put things. These two theoretical models together yield a tangible prediction: I have to do something about all of this junk or my shelf will fall. That last prediction is more of a hypothesis—a testable proposition about specific cases or variables.

In order to construct theories, one needs some smaller components or what Jonathan Turner (1989, p. 5) calls the “basic building blocks of theory,” namely, concepts. Concepts, then, are symbolic or abstract elements representing objects, properties, or features of objects, processes, or phenomenon. Concepts may communicate ideas or introduce particular perspectives, or they may be a means for explaining a broad generalization. When we talk about the social construction of the world, a large part of what we are referring to is the process of grouping some forms of behavior under one name, others under a different name, and not naming some at all. These groups are named in order to convey some concept. For example, different societies conceptualize “family” differently, and each will have in mind a somewhat different set of relations when they use that word. Similarly, many societies divide the world of animals into such groupings as “pets,” “food,” “work animals,” and “wild.” We treat these divisions as though they are simply elements of the natural world and not reflections of our own social relations with nature. These groupings vary and are almost arbitrary. Yet, when one culture sees an animal as a pet and another sees it as food, members of each culture are likely to feel that their own definitions are simply true and that the others are weird. Conceptual definitions of things reflect how we choose to understand the things that we are defining.

In terms of ideas, concepts are important because they are the foundation of communication and thought. Concepts provide a means for people to let others know what they are thinking and allow information to be shared. Thus, instead of describing a youth who is involved with drugs, crime, or truancy, or has problems with parents and other adults, I might simply use the concept of delinquent to communicate these same elements (ideas). By conceptualizing a set of behaviors or ideas as part of a coherent package, we can describe a range of possible ideas, relations, and outcomes with a single term. Since concepts are abstract representations; of course, they contain a much broader range of possibilities than what any individual case is likely to contain. Most delinquent youths, for example, are not all that delinquent, while others are so far out there that we might prefer the term “criminal.”

Concepts can be found everywhere, and people use them all of the time without actually thinking about them as concepts (Silverman, 2006). For example, age is a concept that is so commonly used that few people stop to think about what it means. Even though people often think they understand the meaning of the concept, they may hesitate when asked to offer a specific definition. We often use precise numbers to describe ages when we are really seeking to communicate abstract concepts, such as “young” or “elderly.” Or we mentally translate such terms from the abstract “middle-aged” to some approximate age range. All of this is dependent of context as well. A jazz musician might seem fairly young at the age of 50, while a football player is getting old at 29

As data, age actually represents an abstract idea about the number of cumulative years that an individual has been alive. In research, other related ideas, such as health or infirmity, stage in the life course, or work experience, must be specified separately rather than assumed as attributes of one’s age. Although this may seem to make the term stiff, it also ensures that there is a common understanding for the meaning of this concept. Concepts used in social scientific research similarly may seem obvious at first, but they must always be clearly defined

Typically, concepts have two distinct parts: a symbolic element (a word, symbol, term, etc.) and an associated definitional element. People learn definitions for certain concepts in a variety of ways. For example, children may learn the concept of honesty explicitly when a parent or teacher specifically instructs them on its meaning. Or it may be learned implicitly through a more diffuse, nonverbal process of observed instances in which either dishonest behavior is corrected or honest behavior is rewarded (either through comments or actions). In either case, eventually each of us comes to apprehend the meaning of honesty. Yet, if asked to define it, people may offer slightly different shades of understanding. One person might say, “Honesty is not lying to people.” Another might offer, “Honesty is not taking property that belongs to other people.” And a third individual might claim that “honesty is being able to be trusted to do what you promise to do.” Obviously, these responses suggest that even a fairly common concept may have multiple meanings. Each of these definitions is valid on its own merits (some would say “true”). Yet, they are different from one another and therefore each definition addresses only some small portion of the larger concept. Unlike dictionary definitions, which are intended to cover all known uses of a term, scientific definitions need to highlight the (usually) single meaning that is pertinent to one’s study. In the social sciences, vague or unclear definitions create enormous problems. Specificity is critical when conducting research. Therefore, an important part of developing social scientific theory is to first define relevant concepts that will be used in a given research process or project

Indistinct, unclear, or vague definitions of concepts create obstacles to the advancement of knowledge and science. After noting that there were many different definitions in the literature for the concept gang, Richard Ball and G. David Curry (1995, p. 239) explained the term carried too many “latent connotations” to be treated as a single thing. By “latent connotations” the authors refer to the vast world of conceptual associations that the term “gang” carries. While one researcher might describe a new pattern of urban school kids grouping together for status and mutual protection as “increasing gang presence in the schools,” readers might well assume that gang presence means weapons, drugs, fights, or the allegiance of school groups to well-known regional gangs such as the Crips or the Latin Kings. Presumably, fewer people will assume that the term refers to biker gangs or chain gangs. But any vagueness in the use of key concepts invites speculation. The need for this sort of specific definition of concepts will be made clearer later in the discussion on operationalization

Concepts rarely occur in isolation. Rather, they occur in what Neuman (2000, p. 43) refers to as concept clusters or what we may call propositions. One can connect different concepts or conceptual thoughts to each other through propositions Propositions, then, are statements about relationships between concepts (Maxfield & Babbie, 2007). Taylor and Bogdan (1998) suggest that although a concept may fit or not (may or may not convey the intended meaning), propositions aim to be either right or wrong statements of fact, although the research may not be able to prove them. Testable propositions about the relations among our research concepts form a special class of propositions called hypotheses. Propositions, as discussed later, are the statements that make up theories.