Describe How the Triangulation Methodology is Used in Research

Describe How the Triangulation Methodology is Used in Research - Most researchers have at least one methodological technique they feel most comfortable using, which often becomes their favorite or only approach to research. Furthermore, many researchers perceive their research method as an atheoretical tool, distinct from the conceptual frameworks that shape their research questions (Denzin, 1978). Because of this, they fail to recognize that methods impose certain perspectives on reality. For example, when researchers canvass a neighborhood and arrange interviews with residents to discuss some social problem, a theoretical assumption has already been made—specifically, that reality is fairly constant and stable and that people can reliably observe and describe it. Similarly, when they make direct observations of events, researchers assume these events are deeply affected by the actions of all participants, including themselves. (I’m not saying that this is not a fair assumption, only that it is a more or less hidden assumption that precedes the application of “theory.”) 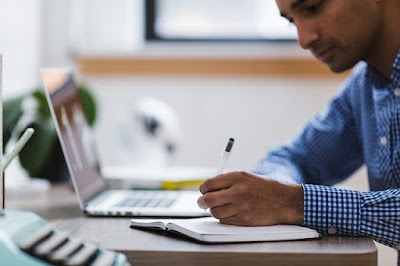 Content analysis of important speeches generally relies on the assumption that the people who give these speeches write, or at least endorse, their own words, and that they are important. Analysis of news articles in the study of key social events relies on the assumption that key events are represented with descriptive accuracy in the news. Each method, thus, reveals slightly different facets of the same symbolic reality. Every method is a different line of sight directed toward the same point, observing particular aspects of the social and symbolic reality. By combining several lines of sight, researchers obtain a better, more substantive picture of reality; a richer, more complete array of symbols and theoretical concepts; and a means of verifying many of these elements. The use of multiple lines of sight is frequently called triangulation

“Triangulation” is a term originally more common in surveying activities, map making, navigation, and military practices. In each case, three known points or objects are used to draw sighting lines toward an unknown point or object. Usually, these three sighting lines intersect, forming a small triangle called the triangle of error. The best estimate of the true location of the new point or object is the center of the triangle, assuming that the three lines are about equal in error. Although sightings could be done with two sighting lines intersecting at one point, the third line permits a more accurate estimate of the unknown point or object (Berg & Berg, 1993).

Triangulation was first used in the social sciences as a metaphor describing a form of multiple operationalism or convergent validation (Campbell, 1956; Campbell & Fiske, 1959). In those cases, triangulation was used largely to describe multiple data-collection technologies designed to measure a single concept or construct (data triangulation). However, Denzin (1978, p. 292) introduced an additional metaphor, lines of action, which characterizes the use of multiple data-collection technologies, multiple theories, multiple researchers, multiple methodologies, or combinations of these four categories of research activities (see Figure 1.1).

For many researchers, triangulation is restricted to the use of multiple data-gathering techniques (usually three) to investigate the same phenomenon. This is interpreted as a means of mutual confirmation of measures and validation of findings (Casey & Murphy, 2009; Leedy, 2001; Leedy & Ormrod, 2004). Fielding and Fielding (1986, p. 31) specifically addressed this aspect of triangulation. They suggested that the important feature of triangulation is not the simple combination of different kinds of data but the attempt to relate them so as to counteract the threats to validity identified in each.

Denzin insists that the multiple-methods approach is the generic form of this approach. But triangulation actually represents varieties of data, investigators, theories, and methods. Denzin (1978, p. 295) outlined these four categories into more detailed subgroupings of time and place, social setting, theoretical perspective, and mixed methods. It is difficult for a single text or course to prepare students to accomplish all that. Triangulation, as a model for research, requires researchers to be fluent in multiple methods. Yet, it is useful to study qualitative and quantitative techniques somewhat independently, if only to give each its due credit

Some authors of general-purpose research texts associate qualitative research with the single technique of participant observation. Other writers extend their understanding of qualitative research to include interviewing as well. However, qualitative research also includes such methods as observation of experimental natural settings, photographic techniques (including videotaping), historical analysis (historiography), document and textual analysis, sociometry, sociodrama, and similar ethnomethodological experimentation, ethnographic research, and a number of unobtrusive techniques. In the interests of triangulation, primarily qualitative studies need not exclude quantitative data-gathering techniques as well, though we won’t be discussing them here. 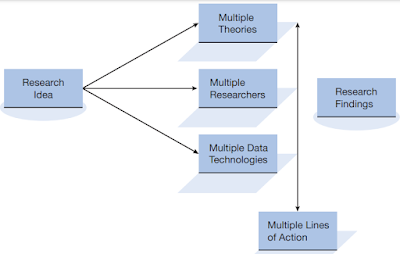 This book stresses several discrete yet intertwined strategies and techniques involved in each of the major research schemes. In fact, the decision to discuss field research strategies under the broad umbrella of ethnography ensures the inclusion of a wide combination of elements, such as direct observation, various types of interviewing (informal, formal, semiformal), listening, document analysis (e.g., letters or newspaper clippings), and ethnomethodological experimentation. Novice researchers are thus instructed in the use of research strategies composed of multiple methods in a single investigation. I also follow Denzin’s (2010) approach that triangulation includes multiple theoretical perspectives and multiple analysis techniques in addition to multiple data-collection procedures. The use of multiple research design strategies and theories increases the depth of understanding an investigation can yield (see also Dittmann, 2005; Miles & Huberman, 2002).