During the research phase of a project, the investigator must consider a rationale for identifying and using a particular setting as a data-collection site (Marshall & Rossman, 2006). Data collection does not always involve recruiting random subjects and generally requires researchers to go out into the field and become involved with a population or group. Decisions must also be made regarding who will collect the data and who or what will comprise the research study population. The study might require data from a set of individuals. Or you might collect data on organizations, communities, buildings, events, or nations. While choices may be numerous, some advice is in order. First, it is best to be practical. Select a site or set ting that is reasonable in size and complexity so the study can be completed within the time and budget you have available. It is also wise to consider your own level of skill and familiarity with the setting. The study site or setting should be a location where: 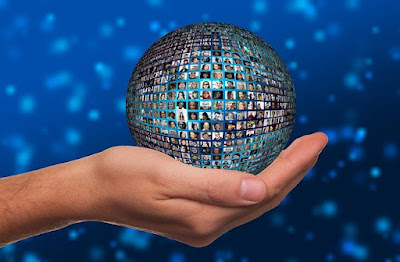 Also, don’t use a shopping mall, unless your study is about shopping. Or, more generally, do not plan a research project in some setting simply because the setting is available
Your research question is generally regarded as the primary guide to the appropriate site or setting selection (Flick, 2006; Leedy & Ormrod, 2004; Marshall & Rossman, 2006; Silverman, 2006). For example, if the research question has to do with why some people remain in relationships after having suffered domestic abuse, the  data-collection site must be a safe place related to these populations, such as a shelter. If you want to know more about women who leave their husbands, try family court. To understand popular representations of domestic abuse, look to television, newspapers, and magazines. Or, if your research concerns effective intervention strategies, contact mediation centers and family counseling services.
In many cases, the decision to use a particular research site is tied closely to obtaining access to an appropriate population of potential subjects. Poor study site selection and poor sample decisions may weaken or ruin eventual findings (National Research Council, 2005). You must be careful to identify an appropriate population, not merely an easily accessible one. For instance, let’s say you wanted to conduct a study investigating the opinions or practices of Native Americans. One easy way of locating a site and population might be to turn to college students. After all, college students are easy to locate on college campuses. They are likely to be willing to take part in an interview—either out of curiosity or to help out another student. But you must ask the question: What pertinent information will the aver age non–Native American college student have regarding how Native Americans think, perceive their social world, or practice their particular lifestyles? In other words, if you want to know about Native Americans, then you need to locate a setting where Native Americans can be accessed. This point may seem obvious, but we still encounter studies of the impact of new policies that are conducted among voters who don’t actually have any knowledge of the policy, or studies of race relations that only gather data from members of one racial group. The subjects in these groups may well have opinions about the topics without actually possessing relevant knowledge or experience.
Sometimes researchers identify what they believe to be an appropriate study population, but they cannot immediately see where an appropriate setting might be for data collection. For example, several years ago, Berg had a student interested in conducting a study about fear of crime among the blind. On the surface, this sounds like a good research topic. The problem arose when Berg asked him how (and where) he planned to access such a population of potential subjects
The student reported that he had discussed his need to access blind people to conduct a study of their perceptions of fear of crime with another faculty member. The faculty member—who was obviously not terribly versed in research methods—suggested that the student simply go to one of the large introductory classes and divide the class in half. Then he suggested that the student have half the class place blindfolds over their eyes and spend a period of time walking around campus (ushered by one of the other non blindfolded students). Following this experience, the students could switch off, so both groups experienced blindness. Next, the class could be administered a pencil-and-paper survey about their fear of crime, having now experienced the precariousness of not being able to see. The student immediately recognized that this would not be an appropriate setting or sample for his study. Wisely, however, he did not argue with the faculty member but rather thanked him and explained that he wanted to conduct a more qualitative study.
The student then did some background research and came up with an actual plan. He indicated that he intended to attend a summer camp for the blind sponsored by several nonprofit agencies. He had learned that the population of the camp came from the entire state and that no one who wanted to attend was ever turned away (those who could not afford to pay were awarded camp scholarships). Thus, the camp contained a population from various socio economic strata, races, ages, and both men and women. The student spent the summer and was able to conduct both nearly 60 interviews and some limited participant observation (Rounds, 1993). The quality of the research depended on the appropriateness of the research setting
Another problem may arise when one must pay a fee for accessing certain types of settings, such as oral history archives that may charge a fee for use, or a fee for reproduction of various interviews (Ritchie, 2003). Most archives do not charge merely for a researcher examining materials they house, but may charge if the researcher plans on publishing long excerpts from material housed in the archive. Cost may also become a factor for seemingly “public” settings, such as sporting events. There was a time when a student researcher could go to all of their local professional team’s home games for a month to observe the crowd, but such a study now would require a large grant. Most bars don’t charge for entry, but costs can add up for a researcher trying to “participate” in the setting. Situations such as these require one to reconcile the benefits of the particular source materials (the particular archive or location as a research setting), possible alternative settings, and the costs