The Three Approaches to Research

Research approaches are plans and the procedures for research that span the steps from broad assumptions to detailed methods of data collection, analysis, and interpretation. This plan involves several decisions, and they need not be taken in the order in which they make sense to us and the order of their presentation here. The overall decision involves which approach should be used to study a topic. Informing this decision should be the philosophical assumptions the researcher brings to the study; procedures of inquiry (called research designs); and specific research methods of data collection, analysis, and interpretation. The selection of a research approach is also based on the nature of the research problem or issue being addressed, the researchers’ personal experiences, and the audiences for the study. Thus, in this book, research approaches, research designs, and research methods are three key terms that represent a perspective about research that presents information in a successive way from broad constructions of research to the narrow procedures of methods. 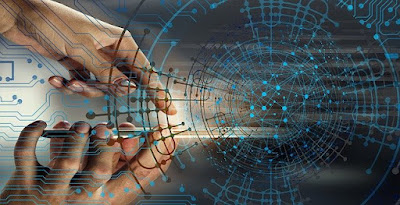 Often the distinction between qualitative research and quantitative research is framed in terms of using words (qualitative) rather than numbers (quantitative), or better yet, using closed-ended questions and responses (quantitative hypotheses) or open-ended questions and responses (qualitative interview questions). A more complete way to view the gradations of differences between them is in the basic philosophical assumptions researchers bring to the study, the types of research strategies used in the research (e.g., quantitative experiments or qualitative case studies), and the specific methods employed in conducting these strategies (e.g., collecting data quantitatively on instruments versus collecting qualitative data through observing a setting). Moreover, there is a historical evolution to both approaches—with the quantitative approaches dominating the forms of research in the social sciences from the late 19th century up until the mid-20th century. During the latter half of the 20th century, interest in qualitative research increased and along with it, the development of mixed methods research. With this background, it should prove helpful to view definitions of these three key terms as used in this article:

Qualitative research is an approach for exploring and understanding the meaning individuals or groups ascribe to a social or human problem. The process of research involves emerging questions and procedures, data typically collected in the participant’s setting, data analysis inductively building from particulars to general themes, and the researcher making interpretations of the meaning of the data. The final written report has a flexible structure. Those who engage in this form of inquiry support a way of looking at research that honors an inductive style, a focus on individual meaning, and the importance of reporting the complexity of a situation.

Quantitative research is an approach for testing objective theories by examining the relationship among variables. These variables, in turn, can be measured, typically on instruments, so that numbered data can be analyzed using statistical procedures. The final written report has a set structure consisting of introduction, literature and theory, methods, results, and discussion. Like qualitative researchers, those who engage in this form of inquiry have assumptions about testing theories deductively, building in protections against bias, controlling for alternative or counterfactual explanations, and being able to generalize and replicate the findings.

These definitions have considerable information in each one of them. Throughout this book, we will discuss the parts of the definitions so that their meanings will become clear to you as you read ahead.